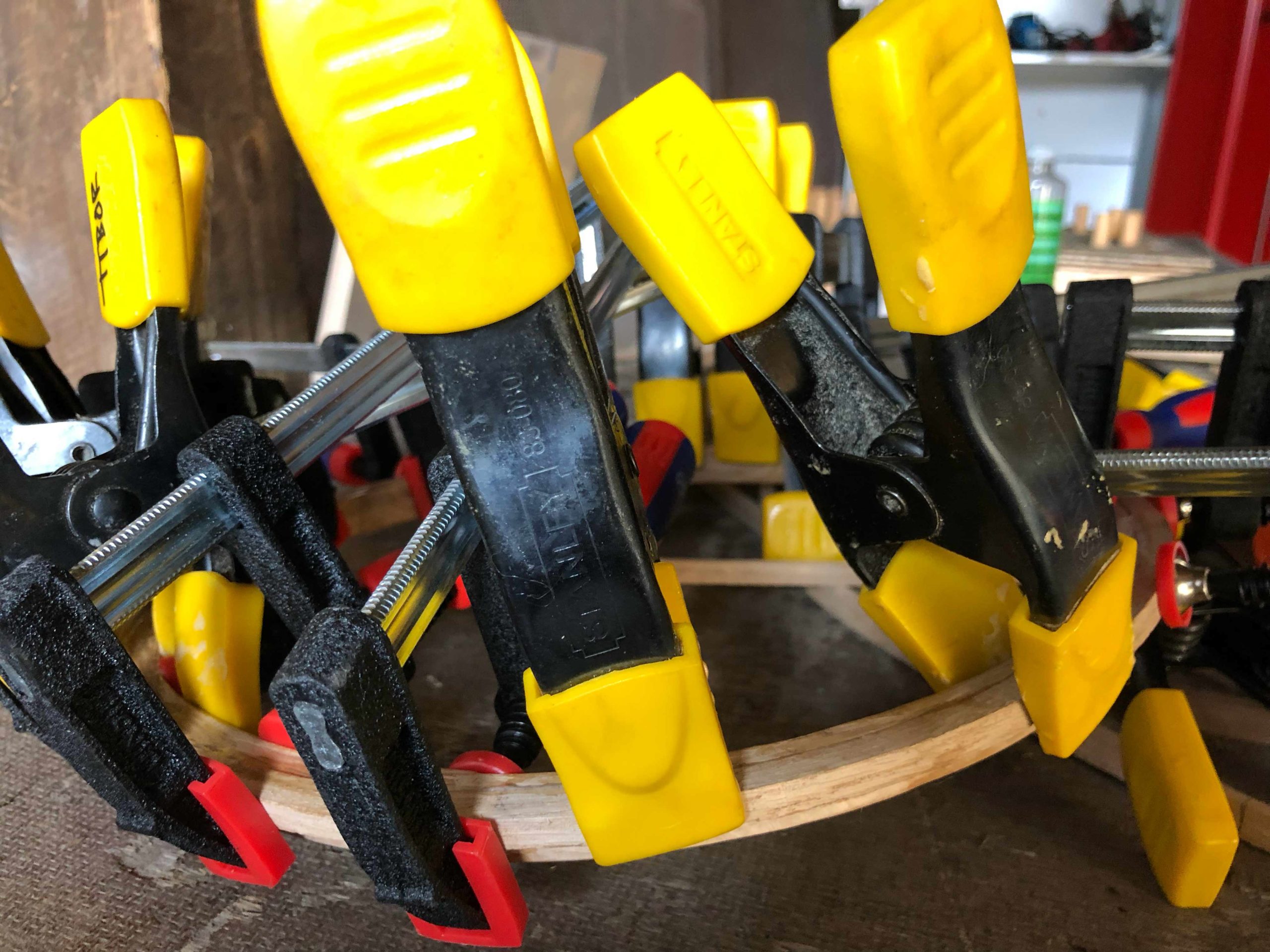 Yesterday I wanted to catch up with the other builders, so I steam bent a second coaming lip and a hatch lip. Today, Saturday, was all about sanding and prepping the coaming and the hatch rim.

Had a little paddle around town while waiting for the glue to cure. Found a beautiful Pike (Gädda) looking at me and it was…dead, unfortunately.

Later on I decided to try my luck with a cheap Biltema style Dozuki, a Japanese saw and it went pretty well.

Before leaving the boat club I consulted our Ripping Master Damian about buying a table saw. I had already bought him a blade this morning as thanks for all the work he put down for our builds (and his blade got dull from our Oak). We can rip our planks ourselves when the new saw arrives…in ten days! It hurts a little. I would have liked it delivered sooner. It’s a 60kg beast and will last a few kayaks, I would think.