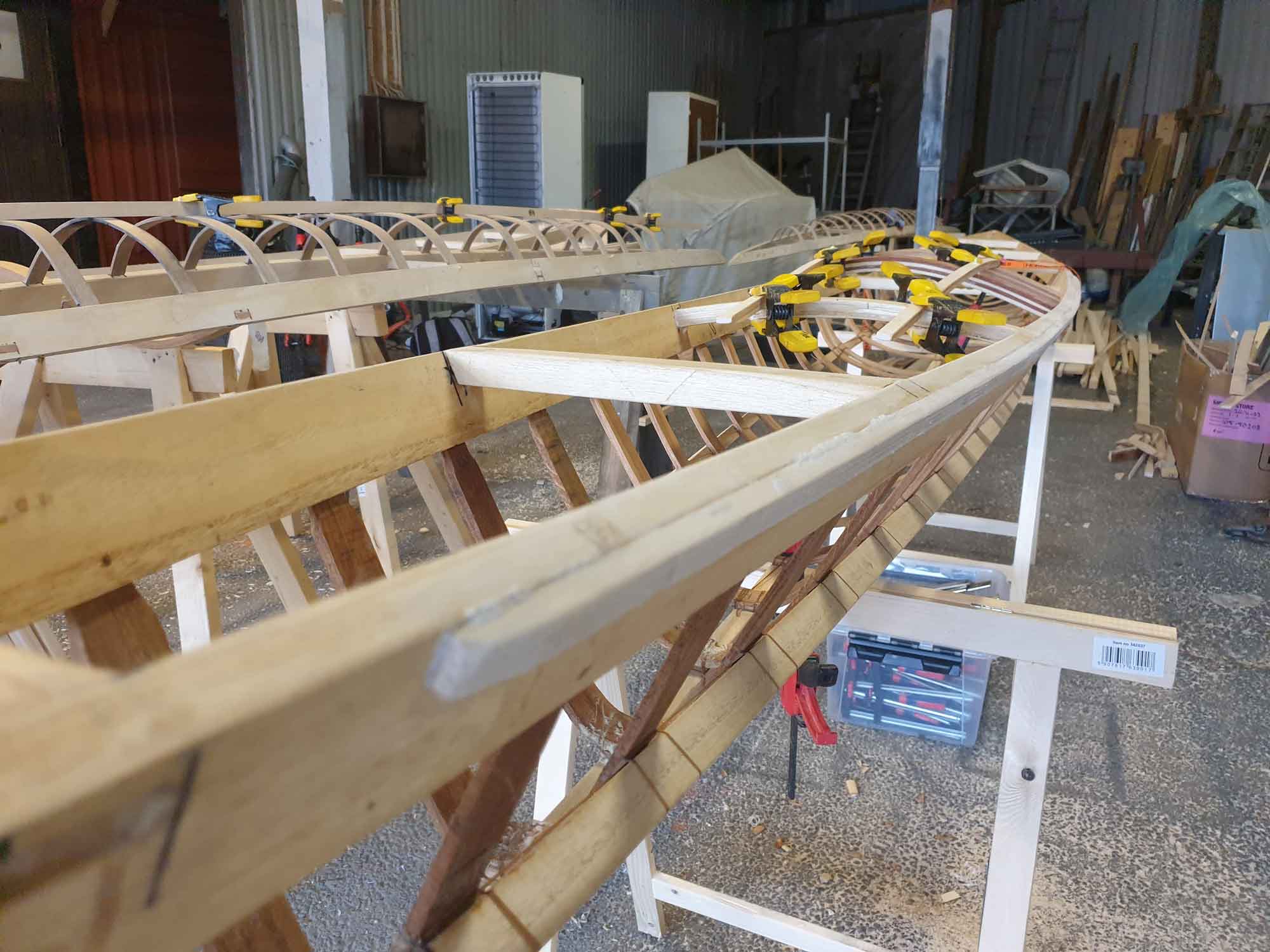 So, for the last touch-ups most builds need to install the deck stringers and this kayak has secondary stringer on the outside of the gunwhale too (more on that further down, haha). On the previous day, four deck stringer halves were laminated together. They are crazy strong in spite of their small dimensions. Laminated Ash rocks! These two sticks can easily hold my weight of 80kg. Long ago in the build I added an extra curved deck beam because I had it laying around and it can’t hurt when rescuing a fully loaded sea kayak. So, even stronger.

The Paulownia is lighter than red Cedar so this kayak can take the weight punishment of this extra beam, I would think. The main difference compared to WRC would be that Paulownia is more porous and has a more Balsawood-like feel. Structurally you have to add close to 20% in thickness for all Paulownia beams to be equal to WRC. Well, I added 10% because it doesn’t feel as brittle and who doesn’t like a light kayak? So, unintentionally sounding like a hard-ass: when shit breaks, I swim and then get to build another kayak. That can’t be so bad, right?

Speaking of weight, I think it’s a good idea to use wooden wedges glued/nailed/doweled to a thinner deck beam and Masik rather than chiselling out a notch in a thicker one. Since not all of us are hunting for grams or ounces, this might or might not concern you 🙂

Well, when I thought all was finished for skinning, I suddenly realized I had put the secondary stringer on wrong. It should have been glued to the lower side of the gunwhale! After sulking for about three minutes (or more) I planed them down with an electric planer, then cut, planed and glued new ones. Oiled them too, so in order to wait for the oil to dry, the build was delayed another day. Oh well.